IoT in Agriculture: Connectivity is the Future of Farming 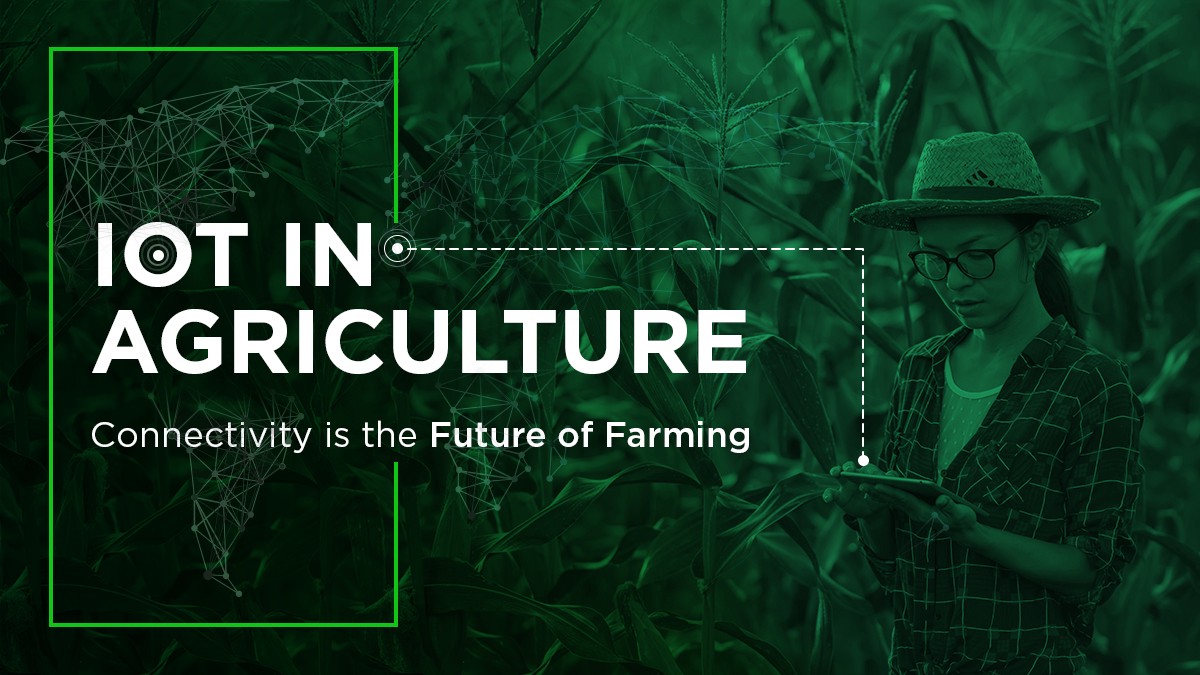 We are living in a connected world. Internet of Things (IoT) technologies are forcing change in almost every industry, and farming is no exception. IoT is not a new innovation in the world of agriculture, but it is one that has had barriers to adoption worldwide.

Getting tech into the hands of more farmers is a challenge, but the future depends on it.

Read on to learn about:

At Dimitra, our token fueled platform is reducing barriers to access by putting tools into the hands of farmers. Learn more about $DMTR and how our growing ecosystem is changing the game in this and other sectors on a global scale.

The History of IoT in Agriculture

Early uses of IoT in agriculture are similar to what is used today: hardware that collects data and software that organizes and/or reports on data. Both have improved in precision and affordability, as has the ease of access to data, hygiene of data, connectivity with other devices, interoperability with other systems, etc.

Ultimately, the value of IoT is in real time data collection, the benefits of which we’ll review in a minute.

First, let’s talk about the strength of this industry:

Factors driving this growth include the following:

This is a fast growing industry with plenty of beneficial applications.

Use Cases for IoT in Agriculture

The use cases for IoT in agriculture are vast, and the list is growing. Here are some examples:

Precision farming — This is the before mentioned growth driver for the industry, as well as a high demand practice. Changing weather patterns and diminishing resources are raising an urgent need for optimizing crop production. Through the use of IoT devices that provide remote sensing, guidance, sensors, yield monitors, field mapping, and much more, precision farming is made possible.

Crop storage optimization — Sensors can be calibrated to monitor and even adjust temperature levels and humidity levels. This can optimize crop storage conditions, which makes harvested crops last longer.

Livestock monitoring — IoT tech is also available for livestock monitoring and management. IoT enabled tags or collars can help owners maintain herd health. This is another instance of automation that alleviates manual or repetitious tasks, as well as providing early alerts for preventable problems.

Logistics Traceability — IoT technology improves logistics by increasing efficiency and transparency throughout the supply chain, as well as providing immutable traceability. By reducing media breaks and improving the precision of tracking, IoT supports speed and accuracy with end to end tracking capabilities.

So, why are there areas on earth that don’t use IoT for agriculture?

Barriers to Using IoT Devices on a Farm

Market size or growth projections are insufficient to adequately convey “who” around the world is using IoT for farming. Invariably, the farms and farmers who have benefited from this technology are the big guys: the largest farms in the world, predominantly located in prosperous nations.

It could be argued that this is largely logistical: wealthy countries have more technology infrastructures, existing connectivity through high speed internet, and are well provisioned to accommodate IoT for farming.

However, countries are catching up. As of 2018, 83% of adults in developing countries had a mobile phone. In 2016, four billion people worldwide had no internet access. By 2021, that number was down to three billion.

With the connectivity issue being solved, there are a few other barriers to consider:

Using the data — Similar to the tech learning curve, not all farmers are well educated, and it can take time to learn how to derive insights from data.

Lack of funds is a pervasive issue for farmers around the world, and one that Dimitra is solving with the launch of our CeDeFi program. Check that out here.

Benefits of Using IoT Devices on a Farm

The barriers are real, but so are the benefits.

Here’s a round up of the most compelling benefits of using IoT devices on a farm:

BONUS: The use of IoT on farms can support insurance claims. If a weather disaster strikes, farmers may be able to recover part of the proven value of the crop based on IoT data.

How to Use IoT Devices on a Farm

There are some practicalities to getting IoT devices up and running on a farm. Essentially, five components are needed:

The goal is that IoT sensors prevent problems and give farmers visibility into crops and/or livestock.

At Dimitra, our IoT technology offerings are part of our broader solutions to promote data driven farming. We’re doing something no company has ever done before, centralizing every available agtech solution and putting it in the hands of farmers around the world. It’s perhaps the largest undertaking of its kind, and it’s all made possible by a blockchain guru, a team of cryptocurrency experts, and a team of people with an unflinching dedication to follow through.

We are actively sealing partnerships all over the world, making good on our promise to bring technology like this to smallholder farmers everywhere.