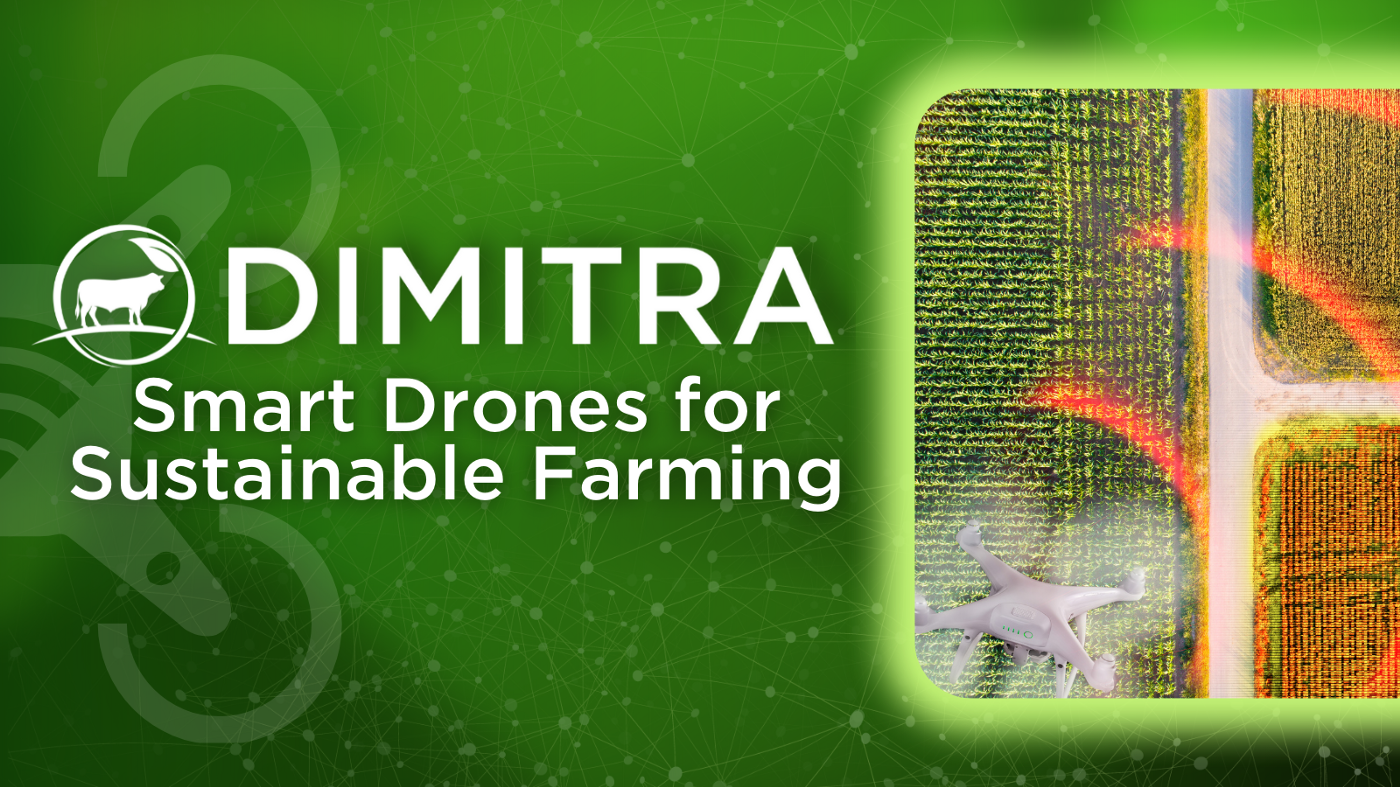 Smart drones, also called aerial robots, do more than provide an additional vantage point (although that alone is helpful to farmers). They can also accomplish a variety of critical tasks, including the following:

Spray crops or pastures for weeds or with liquid fertilizer

As drone technology improves, there’s no limit to agricultural applications. With the adoption of AgTech solutions like smart drones, farmers can improve their yields, their lives, and their land.

Drones are expensive and not viable in most cases for small holder farmers to purchase. This is why Dimitra is working with hardware and software vendors to create service models.

In addition to seeding and spraying, smart drones can help small holder farmers scout and map areas, pollinate, monitor livestock, and more. Despite their transformative potential, the reality is that drones are too expensive for smallholders to purchase alone. However, drones can be hired to do small jobs for the farmer at an affordable cost per acre with a community-based approach to ownership. Additionally, community members can learn how to operate drones, opening up a new alternative income stream.

Where Do Drones Fit into Dimitra’s Ecosystem?

Dimitra’s mission is to equip under served farmers with AgTech to improve their quality of life and their environment. Accomplishing this requires a unique company structure. As a result, the Dimitra Ecosystem is divided into four equally important parts:

Incorporated Dimitra Incorporated, which encompasses the DMTR token, as well as serves as the International HQ

As a Dimitra Ecosystem Partner, DroneX and other drone manufacturers help develop. And deliver smart drone technologies to the farmers who need them most.

How is $DMTR a Key in our Ecosystem?
When farmers utilize the Dimitra Connected Farmer Platform while using a drone on their farm, they acquire Dimitra points as an incentive to record their farming information. Once farmers have accumulated enough points, they can transfer them into Dimitra token ($DMTR) to purchase ecosystem services such as a drone specialist that will help improve their farm conditions. Alternately, farmers have the opportunity to transfer their DMTR into another cryptocurrency and off ramp into their local currency. Farmers’ trust in the Dimitra system grows as yields increase, creating a service and token demand cycle. The utility of the DMTR token drives the Dimitra ecosystem, but more specifically, it drives Dimitra’s drone ecosystem.

Drone as a Service (DaaS) Model

In the software as a service (SaaS) model, a cloud provider hosts applications accessed by end users through the internet. This allows for a more equitable distribution of essential AgTech.

Dimitra could not be more excited to welcome DroneX to the Dimitra Ecosystem! As a cutting edge development and manufacturing startup, DroneX focuses on creating designed for purpose drones. The company was developed from the ground up and doesn’t rely on third party controllers or cloud systems to manage drones or data.

DroneX is headquartered in Sydney, Australia, but has deep connections to Vietnam. With valuable insights into the distinct struggles of rural farmers in Southeast Asia, DroneX is an ideal partner with which to begin this journey. Together, Dimitra and DroneX will create bundled hardware software solutions, starting with offering spray drones and management platforms to farmers in Southeast Asia.

To end the climate spiral, we must encourage the adoption of AgTech on rural farms throughout the world. Doing so will preserve resources, reduce land degradation, and help stabilize the most threatened areas by climate driven crises. Smart drones are one of the many technologies that will help us achieve this.

You don’t have to develop software or own a startup to support Dimitra’s mission. You can join the effort through Dimitra’s DMTR token, which is listed on Kucoin, Uniswap, Gate.io, and Bitmart. The fight against world hunger and climate change won’t be won by companies alone; it can only happen with support from readers like you.