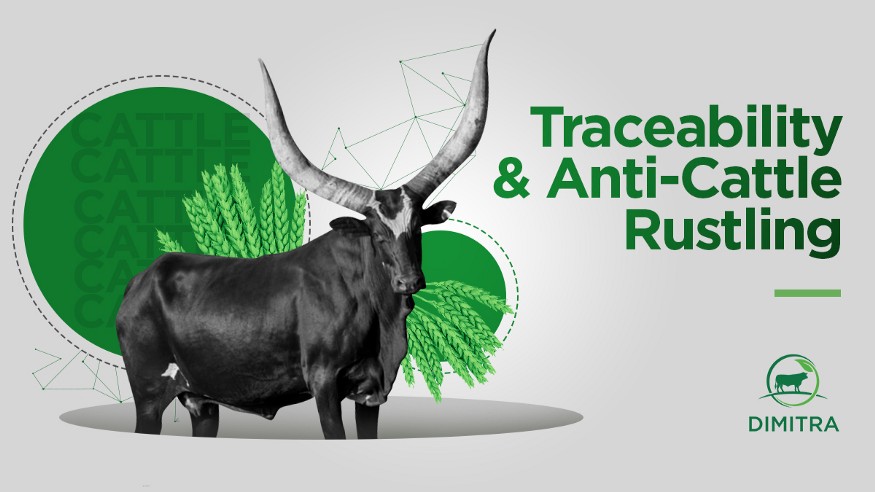 At the latest count, there are about one billion head of cattle in the world. That number rose from 996 million in 2021. Beef is valuable in any market, with the average export value at a record-breaking $407.22 per head in 2021 (a 35% increase from 2020). Anti-Cattle Rustling.

Farmers in developing countries who seek to raise cattle face the constant issue of theft, also known as cattle rustling. Throughout Africa, on the border of India and Bangladesh, and in developing nations worldwide, cattle rustling costs lives and jobs. Thieves steal cattle on all scales, from a head here or there to massive, headline-making heists.

This dynamic isn’t entirely preventable, but tracking measures represent a major deterrent to thieves. If would-be cattle rustlers know that farmers can definitively prove ownership, they may be less likely to steal these animals. Cattle branding was used for this purpose but has inherent animal welfare issues and is actively discouraged or forbidden in some areas of the world.

In 2017, a study was conducted by researchers in Senegal and France to investigate the use of IoT to fight cattle rustling in Kenya. Major strides have been made in getting tech like this into the hands of farmers. But there are still millions of farmers who don’t have any technology and face the consequences of stolen cattle.

Farmers may use NLIS ear tags, chips, or new technologies such as a rumen bolus or nose printing to keep track of cattle. Bolus pills can be given to calves and live in the animal’s body until its death. Bolus sensors can be used to monitor animal health, but also have uses for animal tracking.

The technology can enable remote tracking, sending a notification to the farmer in the event that the cow is outside a specified range. The farmer can respond to these alerts by manual surveillance or by sending out a drone for aerial surveillance. Most of these systems can operate on repeaters to increase range in areas with low or no cell coverage, or simply as a way to extend the range of the device to send notifications

In addition to alerting a farmer, experts at Dimitra are supporting moves by governments and regulatory bodies to scan this technology in the animals’ body to verify ownership. This could reduce trafficking and fast sales, as well as giving evidence in court for farmers pursuing legal recourse.

The key to effective monitoring is using technology to support your tagging systems, however simple or advanced they may be. In the Dimitra Livestock Guru, every animal is assigned an identification number and also records ID numbers in your existing livestock tagging systems/database.

Important information to include on each animal includes:

There may be more data points that are relevant for farmers to track, at which point the question becomes what to do with all of the data.

That’s where Dimitra comes in. The Livestock Guru aggregates all of the relevant information, providing insight into each animal’s history and performance. In the event of a disruption, an issue at sale, theft, or other problem, the Livestock Guru becomes the source of truth against which animal identification can be verified. It’s a secure and reliable way to track animals throughout the entire supply chain.

What does it look like in the real world? Dimitra partners are already actively deploying our Livestock Guru Platform in their countries:

The Dimitra Livestock Guru System solves the major issue of cattle rustling by transforming the way farmers can track their valuable livestock.

Here are some of the benefits gained through improved, tech-based processes for tagging, tracking, and tracing to monitor animal movement.

Accurate and secure tracking of livestock not only helps individual farmers but has ramifications along the whole supply chain. Our practical, multifunctional tool supports animal health, public health, food safety, supply chain visibility, and much more.

Dimitra is a leading agriculture technology platform, providing innovative solutions to problems farmers face worldwide. We are on a mission, working every day to get better tools in the hands of every farmer, equipping them to implement resilient practices and future-proof the world’s food supply.

Our unique model leverages the power of blockchain technology, cryptocurrency (DMTR), IoT, AI, satellites, and every other cutting edge approach that has the potential to further our cause.